The Jury Team is wrong about Europe

The Jury Team is wrong about Europe 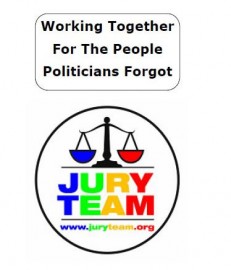 As the European elections come closer, a new political movement enters the fray. Called the Jury Team, it intends to field self-styled independent candidates in each electoral constituency in the country. Presumably there is also the attraction that proportional representation offers to smaller parties, what with the Greens and UKIP having won seats in Brussels when they might never have done the same in Westminster.

The mission of the Jury Team (its mastermind is Sir Paul Judge, which I imagine is where the name comes from) is to increase the amount of independence in British politics. Political parties, it says, have become career machines: instead, it sees politics as a service rather than a vocation. The things it objects to include whipping votes in the House of Commons, and MPs serving more than three terms.

While it is true that the legislature has become less powerful compared with the executive in recent times, that is not the fault of the party system. The problem is much more profound than that. The whole so-called unwritten constitution needs to be redesigned, building in protection for parliament against the encroachments of the government. The potential weakness of parliament has always been there; what has changed is that government is willing to exploit it. Only a written constitution can provide the guarantees needed.

The Jury Team is a classic small c conservative project. Blame the problems on a few individuals and practices, which can be replaced or changed, rather than recognising that they arise from the system as a whole.

And, more than this, when it comes to the European Union, the Jury Team gets it completely wrong. The problem in the EU is not that political parties are too strong, but that they are too weak. How is a parliament composed of independents ever going to achieve much of anything? How will the public identify with it?

One could imagine a system of public support for individual politicians rather than for parties, but it would engage many fewer people. Football attracts more passionate support than does tennis. Even in America, where the presidential primary is all about individuals, they are individuals competing for the support of their parties, and the presidential election itself returns to being a party contest.

It would help public identification with politics in the European Union if it were more party-based, not less. The model of government and opposition provides a clearer way of looking at things. On the whole, politicians in the EU have been wary of moving to such a system in the EU for fear that, rather than the opposition existing willingly within the system, the opposition would pull the EU apart. As the EU has become stronger and more embedded in our lives (legitimate, if you like), this fear should decline, and party politics on the familiar model should become more possible.