The national interest in Syria

The national interest in Syria 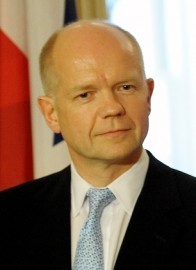 Foreign secretary William Hague has been outspoken in his criticism of Russia and China for their position on the conflict in Syria.  Those two permanent members of the UN Security Council vetoed a resolution that would have increased the pressure on the Syrian regime; instead, Mr Hague will have to look to the European Union as a means of tightening the noose.

But William Hague is surely not surprised.  This blog explained several months ago that stretching the no fly zone resolution adopted for Libya into justification for regime change and the overthrow of Colonel Gaddafi was bound to have unwelcome consequences elsewhere.  Russia and China simply no longer trust the Europeans and Americans to observe any limitations in the permission granted by the Security Council.  As a result, no such permission will be granted.

Of course, if we had ever had the choice as to which government to overthrow, the Libyan or the Syrian, it would have made much more sense to have attacked Syrian president Assad.  He is close to Iran, whereas Gaddafi’s regime had come in from the cold and was starting to be cooperative.  But whatever goodwill there might have been for the Arab spring has been exhausted in Libya, to the ultimate benefit of the Assad regime.

The moment we say, as this website does, that there are interests in the world separate from and sometimes more important than the national interest, then all the souverainist objections to the European Union start to fall away.  Those other interests need a supranational set of institutions to identify and defend them, separate from, but no doubt coordinated with, any national institutions.  The crisis in Syria is yet another illustration of the bankruptcy of the idea of national sovereignty.