The regulation of sovereign debt

The regulation of sovereign debt 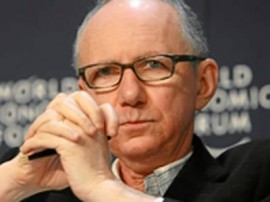 Economic commentator Anatole Kaletsky wrote an interesting article comparing sovereign debt with banking debt (read it here), but I am not sure that he is reconciled to the consequences. Anatole Kaletsky famously called for a bail-out of Lehman Brothers in September 2008, saying that the consequences of allowing the bank to crash were worse than the moral hazard of allowing the bank to survive. As Lehman Brothers should have been saved, so Greece should be saved now.

He accepts that “Such bailouts and guarantees may, in the long run, encourage excessive lending and other irresponsible behaviour, but that is an issue to be addressed by regulation after the crisis is over.” Regulation of the banks is easy to comprehend, but what about the sovereign equivalent?

Banking regulation prevents shareholders and managers from acting purely as they see fit, in the wider interests of the financial system (and thus the long-term interests of those shareholders and managers themselves). Regulation of sovereigns must similarly limit what parliaments and governments may do, again in the collective and long-term interest.

But is Europe, and is Anatole Kaletsky, ready to say that financial stability is worth more than national sovereignty? I hope so, but I am not holding my breath.