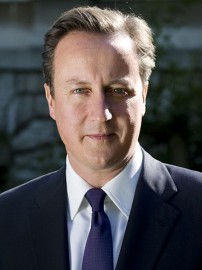 So we have finally heard The Speech. David Cameron spoke this morning to outline what Conservative party policy on Europe would be after the next election. (Read the speech here.)

David Cameron wants to renegotiate the terms of British membership of the EU and put those new terms to a referendum. If those terms are not approved, then Britain will have to leave the EU. He didn’t spell out what those renegotiated terms would be – he does not know what he wants, and he does not know what the other member states will let him have – so his strategy for keeping the UK in the EU (which is how he describes it) is full of enormous and possibly insuperable uncertainties. Who advises him on this stuff?

He couches his demands for change in the context that every member state wants change.  Maybe they don’t realise themselves, but they do.  Of course, the principal change that most of them want is for a more democratic and integrated eurozone, which is not at all the direction that David Cameron has in mind.  His vision of Europe is at odds with that of most of the rest of the continent.

Furthermore, those things he said before about changes to the EU being decided by referendums only apply to other people’s changes. For he proposes that a Conservative victory at the next election is itself enough, without needing a referendum, to justify unwinding Britain’s EU membership somewhat.  The exact extent of the unwinding will be defined in their election manifesto with the threat that he will take his ball home if he does not get what he wants. The alternative to a Tory EU will be no EU at all.

Noting that we can’t be sure exactly what the Tory demands will be, we can still lay out the challenges for pro-Europeans in each of the three main parties.

For Conservatives, they are going to have to weigh up the demands made of the EU in their manifesto (and there will be a lot of lobbying and arguing between now and then about what those demands should be) to decide whether they are bearable. If not, or if they are so unrealistic as to be unachievable (remember, there is no guarantee that the other member states will agree to whatever it is that the Tories want), then our friends in the Conservative party are going to have to seek advice from Labour veterans of 1983. In that year, the Labour policy was to withdraw from the then EEC without a referendum: some Labour pro-Europeans left to join other parties; others clung on with the thought that their party was destined for defeat.

For Labour, the first question is what reforms of the EU it too should demand – it can’t go into the election defending the status quo – and the second is whether to propose a referendum on them. It would be a great risk to hold a referendum which had leaving the EU as an option, but a referendum which did not offer that option would not satisfy the demands of Ukip and thus would fail to keep pace with the Tory offer. (Read the arguments for, by Dan Hodges, and against, by David Clark.)

Like pro-European Tories, the Liberal Democrats will also have to study the demands laid out in the 2015 Conservative manifesto. Can they live with them? The coalition negotiations in May 2010 fairly rapidly reached agreement on what to do about Europe: as little as possible, but enough to placate the right wing. The EU Act requires referendums on future pooling of sovereignty within the EU, but the big demands of pulling out if certain EU policy areas, such as social and employment policy, were shelved. After this build-up, such demands can’t be postponed again, or the Tory party will explode. So if there is no clear winner at the next election, the Liberal Democrats will be faced with an existential choice, to side with the Tories as they did in 2010 and connive in their anti-European strategy, or to join with Labour and plot a different course.

The only people happy with what has been proposed are the members and supporters of Ukip.  A Tory victory at the next election gives them at least a partial withdrawal from the EU if not outright departure.  And the more the Tories talk excitably about what their negotiating demands will be, the harder it will be to manage their expectations when some of those demands are not met.  This new strategy of Mr Cameron’s could get horribly out of his control.