No end to the controversy

Home/Latest News/No end to the controversy

No end to the controversy 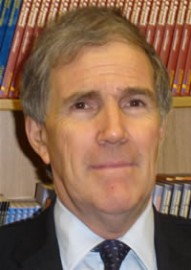 Brendan Donnelly, Director of the Federal Trust and a former Member of the European Parliament, has commented as follows on Mr Cameron’s speech on Britain’s position in the European Union:

“Despite the publicity that has surrounded it, it is very difficult to believe that Mr Cameron’s speech will put an end to controversy surrounding Britain’s place in Europe until the next General Election. It is a response to mounting pressure on his own position as leader of the Conservative Party rather than a coherent long-term approach to Britain’s position within the European Union.

There is of course a certain domestic political logic to Mr Cameron’s thinking manifested in today’s speech. It would be unacceptable to his party if he excluded for ever the prospect of a European referendum, or if he gave now an unqualified commitment to campaign in any European referendum on the pro-European side of the argument. Long-term renegotiation followed by a referendum to consider new terms of British membership in the Union may appear an elegant tactical response to this conundrum. There are however a number of design flaws in his blueprint.

It is by no means clear that the Conservative Party will be in government after 2015 to carry out any European policy. It is more than unlikely that any significant renegotiation of the terms of British membership will be possible after 2015, a factor in the equation that recent remarks from French, German and Irish sources have thrown into sharp relief. If Mr Cameron is Prime Minister after 2015, and then holds a European referendum, he will almost certainly find himself having to make the invidious choice between recommending a “yes” vote on the basis of at best cosmetic changes to the terms of British membership of the Union; or a “no” vote, admitting that he had failed in his attempts at renegotiation. In any event, the outcome of that vote is very difficult to predict, irrespective which choice Mr Cameron himself recommends. It is striking that Mr Cameron apparently wants to disenfranchise in his proposed referendum those who want no change in the United Kingdom’s present terms of membership in the European Union.

It used to be conventional wisdom among those who follow these things that Mr Cameron should be able to avoid holding a European referendum in this Parliament. Now, this is less sure. Everything associated with this speech of Mr Cameron has smacked of improvisation and short-term thinking. Far from reassuring his party, Mr Cameron’s most recent speech on European policy will simply usher in a time of uncertainty, helpful neither to Britain nor its partners.”

The views expressed are a personal comment from Brendan Donnelly and do not represent a corporate view of the Federal Trust.