The state of the union

Home/Blog, Europe/The state of the union

The state of the union 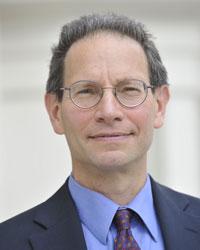 You can read President Barroso’s “State of the Union” address, that he gave yesterday, here.  He did not utter the words of the American president each year, that “The state of our union is strong!”  He did not dare.

For the state of the European Union at present is not strong.  We all know it, but Mr Barroso did not say that, either.

What is wrong?  There is the gradual disengagement of the public from the European Union, as shown for example in declining election turnouts (although still no lower than for elections to the US Congress in non-presidential election years), but there is also the gradual disengagement of the national governments from the European Union, too.  In many ways, the latter is the cause of the former, which makes it doubly important to understand why national governments are drifting away.

Charles A Kupchan, a professor of international affairs at Georgetown University and a senior fellow at the Council on Foreign Relations, has just published an elegant analysys of the problem (which you can read here http://www.cfr.org/publication/22856/as_nationalism_rises_will_the_european_union_fall.html )

“From London to Berlin to Warsaw, Europe is experiencing a renationalization of political life, with countries clawing back the sovereignty they once willingly sacrificed in pursuit of a collective ideal”

And in the latest issue of the UACES newsletter, Sir Stephen Wall, former adviser on Europe to Tony Blair, captures the problem perfectly.

“The Lisbon Treaty gives us Europeans some of the tools with which to do a better job, but a European Council President, a High Representative and a European Diplomatic Service do not of themselves guarantee a single European policy.  And, just as the US Constitution has its separation of powers, so does ours.  In Europe’s case it results, less from a positive decision, than from our unwillingness to replicate, in what is largely an intergovernmental foreign policy, the integration we have achieved in all those internal policies which embrace the Community method.  The closest we get is in Trade Policy.  But, if we were starting out again today, which of the EU’s governments would be willing to give the Commission the competence in external trade accorded to it by the Treaty of Rome?  That might set us thinking too.”

Back to Charles Kupchan, with his conclusion that:

“Six decades ago, Jean Monnet, Robert Schuman and Konrad Adenauer were Europe’s founding fathers. Today, the E.U. needs a new generation of leaders who can breathe life into a project that is perilously close to expiring. For now, they are nowhere to be found.”