The uncertain boundary between politics and law

The uncertain boundary between politics and law 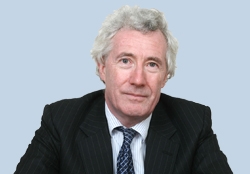 Here is an interesting examination of the interaction between politics and law in the British political system, delivered by leading barrister (and future judge) Jonathan Sumption QC.  Delivered as the 35th FA Mann Lecture, “Judicial and Political Decision Making: The Uncertain Boundary”, on Tuesday 8 November 2011, Jonathan Sumption contrasts the rival experiences of France (“The only Supreme Court in France”, said Charles de Gaulle, “is the people”) and America – after de Tocqueville’s report that “The more we reflect upon all that occurs in the United States, the more we shall find that the lawyers, as a body, form the most powerful, if not the only counterpoise to the democratic element of the constitution” – and finds that the UK is somewhere in the middle.

In recent years, though, there has been a definite move in the American direction, though, with an increasing expectation that judicial decisions can be invoked in order to overturn those of politicians.  He suggests that the cause of that increase was “the declining public reputation of Parliament and a diminishing respect for the political process generally”.  Politicians are no longer seen as better people than the rest of us, perhaps, but judges, thankfully, still are.

He regrets this trend, observing:

“I cannot be the only person who feels uncomfortable about the implicit suggestion that it is the function of the judiciary to correct the outcome of general elections.”

To allow it to continue would be to increase the pressure for political or parliamentary scrutiny of judicial appointments, which he would also regret.  But if this trend is unwelcome, how to resist it?

He proposes that judges should, in dealing with cases at the overlap between politics and law, show “restraint”.  He explains:

“The traditional word is “deference‟ which, as others have pointed out, has unfortunate overtones of forelock-tugging cravenness. But it is a perfectly acceptable word, so long as one remembers that the judge is not deferring to the minister. He is deferring to the constitutional separation of powers which has made the minister the decision-maker, and not him.”

Furthermore, he urges that judges, when such decisions are unavoidable, should make their reasoning clear.

“the reticence of English judges about the constitutional implications of their decisions has had unfortunate consequences. It has meant that English public law has not developed a coherent or principled basis for distinguishing between those questions which are properly a matter for decision by politicians answerable to Parliament and the electorate, and those which are properly for decision by the courts.”

In the absence of clarity, confusion will reign.  He goes on to say, in terms that apply very much further than simply the proper role of judges in our democracy, that:

“There is surely a case for saying that constitutional change, where it occurs, should happen on purpose and after proper national debate about its wider implications. It should not come about by accident and without any acknowledgment that it is happening at all.”