Should we tinker with the House of Lords or leave well alone?

Home/Latest News, UK/Should we tinker with the House of Lords or leave well alone?

Should we tinker with the House of Lords or leave well alone? 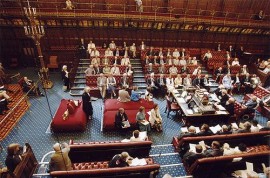 Sir, Professor Bogdanor’s warnings of possible gridlock between two elected Houses in Parliament are well made but one might question the assumption that an elected chamber must be directly elected. A second chamber could be indirectly elected, if its electorate were composed of local councillors and members of the devolved parliaments and assemblies.

It would thus be impeccably democratic, while clearly having a mandate secondary to that of the directly elected House of Commons and so reducing the fear of gridlock. It might also help to inhibit some of the centralising tendencies we have seen in our system of government in recent decades, by inserting into the very heart of decision-making people who have a stake in defending the diversity of the nations, regions and communities that make up the UK.