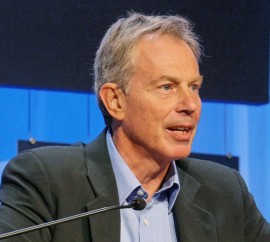 This website has long been advocating the view that the European Union needs effective and accountable leadership, most notably during the debates surrounding the European Convention in 2003 that led to the constitutional treaty (and subsequently the Lisbon treaty).  See Europe needs an accountable president for an example.

At the time, of course, this was an unfashionable view.  The argument that the EU needed a source of legitimacy and authority of its own, separate from but additional to that which derived from the member states’ governments, lost out to the view that things should broadly speaking carry on as before.  The post of president of the European Council was created, but it has no budgetary power, no legislative role, and is elected by and accountable to the European Council alone, a body which itself meets behind closed doors.  The decisive move towards elected leadership in the EU was proposed but was resisted and ultimately not accepted.  Foremost among the opponents was the government of the United Kingdom, led by Tony Blair.

It is with some ruefulness, therefore, that I read the comments from Mr Blair reported in the Times yesterday (£).  Under the headline “Blair: Europe needs an elected leader”, he calls for an elected president with a democratic mandate to drive sweeping reforms and give the European Union leadership on the world stage.  He adds:

“In a world in which China is going to become the dominant power of the 21st century, it is sensible for Europe to combine together to use its collective weight in order to achieve influence.”

If only he had said these things eight years ago.

There are some differences with the view put forward by this website.  The Federal Union proposal was that the president of the European Commission, elected by a majority in the European Parliament after the European elections, should act as leader of the EU.  He or she would have a mandate in the same way that the British prime minister does, not elected directly but nevertheless assuming and exercising power on the basis of an election victory.

We even speculated that the election should be held by exhaustive ballot over the course of a week as the first item of business of the newly-elected parliament, so that the work of creating a new executive is not held up by haggles between political groups in the (very likely) eventuality that there is no single party that has won a majority on its own.  A series of votes, one or two per day, would grip the attention of Europe and the world, as the different political factions made statements and tried to cut deals.

Mr Blair’s suggestion appears to be, although it is not precisely clear, for a directly-elected president rather than an indirectly elected one.  The American model, rather than the British.  There is some merit in this: it would make the winner’s electoral mandate clearer, which in a multinational political system may well have some value.  On the other hand, you run the risk of gridlock when a president with his or her mandate comes into conflict with a parliament which has its own, separate mandate.  This happens often in America – at the present time, for example – and the results are not pretty.

So, there is a debate to be had about which is the best way to provide Europe with elected leadership, once the decision that Europe needs elected leadership has finally been taken.  However, that prior, more important decision has not been taken, and probably no-one is more to blame than Mr Blair for that regrettable fact.