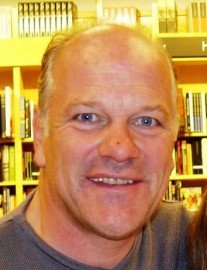 One has to admire the elegance of Tony Blair’s argument in front of the Chilcot enquiry last Friday. He was recalled to the enquiry after his previous appearance a year ago in order to answer some additional questions, of which the main one related to the legal advice that he received and appeared to ignore.

During the course of 2002, there had been discussions about what kind of UN Security Resolution, if any, was needed to provide legal authorisation for an invasion of Iraq. Attorney general Lord Goldsmith had been of the opinion that explicit authorisation (normally conveyed by the words “all necessary means”) was required, while the strategy being followed by Tony Blair depended on war being permissible without it. As we know, in March 2003, at the last minute, Lord Goldsmith changed his mind. But what to make of Tony Blair’s explanation of his behaviour before Lord Goldsmith’s u-turn?

He made two points: first, that he was confident, during 2002, that his strategy would turn out to be within the terms of international law, as, according to Lord Goldsmith in 2003, it eventually did.

Secondly, there was the question of, his confidence notwithstanding, why he did not acknowledge those doubts publicly.

Ah, he said, you need to understand: this was a negotiation. The UK was trying to impress on other countries a particular strategy: in the case of the Americans, to pay attention to the United Nations and to draw up war plans including British forces; and in the case of the Iraqis, to cooperate with the demands for disarmament. The UK’s credibility in both of those two arguments would have been reduced if the British ability to go to war was believed to be undermined. A negotiation depends on bluff. Just as any weaknesses in the armed forces had to be covered up and not revealed to a potential enemy, weaknesses in the legal case had similarly to be suppressed. Too much transparency can be a bad thing, as TV football presenters Andy Gray and Richard Keys might ruefully agree.

As I said, the argument is elegant. But it is also worrying. A persistent theme of this blog has been that politics should be transparent, that the voters should know what is being done with their money and in their name. A second theme is that international politics should be treated the same as domestic politics: the fact that foreigners are involved does not relieve the government of its obligations to its voters. In many ways, decisions in foreign relations are the biggest decisions that a government takes – Tony Blair’s administration will be remembered above all for the Iraq war – and so the obligations of transparency become more important, not less.

But let me temper those two themes with the realisation that the world does not run on federalist lines. The idea that democracy and the rule of law should apply between states as well as within them is imperfectly and inconsistently applied at present, and we don’t do ourselves any favours by imagining otherwise. However, the point of this website is not merely to lament the current state of affairs but to discuss how things can be improved.

A starting point is to be honest with the public about the law, even at the cost of weakening a negotiating position. The long-term benefits of expanding the reach of liberal democracy into the relations between states are very great, and the thought of paying a price for this should not deter us.

A thought experiment helps explain: what if, after all his legal thought and research in the first months of 2003, Lord Goldsmith had not changed his mind and had stuck to his original view that war in Iraq would not be legal without further explicit authorisation from the Security Council? Having insisted that the Americans draw up military plans including the British armed forces, they would then have been forced hurriedly to draw up alternatives instead. From hoping to help the American military effort, Tony Blair would have harmed it immensely, all because he was not frank with them at the start. Honesty builds better relationships.

This is not to say that deficiencies in British military equipment or training should be publicised. In such cases, there are clear and compelling reasons for secrecy in order to protect lives. But these reasons are and should be kept rare, and should not be allowed to expand into other areas where secrecy is for the convenience of politicians rather than the safety of soldiers.