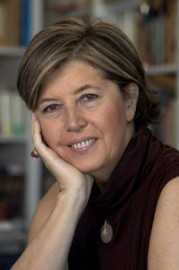 Mercedes Bresso, president of the UEF

Mercedes Bresso, President of the Union of European Federalists, calls upon the European Governments to reject any compromise text which would remove the most important innovations provided for in the draft Constitutional Treaty presented in 2004.

“When adopting the Treaty of Amsterdam in 1997, all member states agreed that further enlargements without further deepening would endanger the functioning of the EU. This lead to the Laeken Declaration in 2001 where the member states unanimously decided to elaborate a Constitution for Europe . Since the Union ’s last major enlargement, it has become even clearer that the provisions of the Nice Treaty are not sufficient to ensure the European Union’s efficiency and democracy”, states the UEF President. “ Europe currently finds itself at a dramatic crossroads. If we leave this situation to those who put short-sighted national interests before the common goal of a sustainable European Union, Europe will be unable to tackle all the challenges it faces already today: globalization, climate change, sustainable economic development and the construction of peace”.

The UEF supports the Constitutional Treaty which has been elaborated by a European Convention and has been approved by 67% of the European member states and by 56% of the votes in the referendums that have been held. The UEF welcomes the text as it brings an end to the process of treaties and establishes a pact between the citizens and States of Europe, and because it will put democracy, accountability and effectiveness at the heart of the future European Union.

Mercedes Bresso requests: “Negotiations on the future of Europe cannot be held behind closed doors. An effective European Union must be democratic and founded on popular consent. The idea of Europe is too important to be left to the politicians alone”. Therefore, the UEF and the Young European Federalists (JEF) have launched an EU-wide campaign for a European consultative referendum on the EU Constitution (www.europeanreferendum.eu) to be held in all European states on the same day as the European elections in 2009.

Founded in 1946, the Union of European Federalists (UEF) is an independent and non-governmental European organisation, campaigning for a federal Europe . It unites constituent organisations and federalists from 20 European countries and all age groups. Since April 2005, it is presided over by Mrs. Mercedes BRESSO, President of the Italian Region of Piedmont , Member of the EU Committee of the Regions.