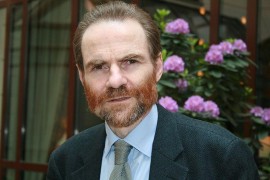 Timothy Garton Ash, thinking about possible changes to the British constitution, writes of the House of Lords that “We can’t have US-style senators because we don’t have US-style states.” (Item 5 in his list here.) US senators are indeed powerful figures in the American political system, but what makes them so powerful?

First, and most importantly, there is the separation of powers. Being directly elected, the executive does not depend on the confidence of the legislature, which means in turn that members of the Senate are not subject to the same degree of party discipline as is required in a parliamentary system like Westminster.

Next, there is the fact that the Senate has some particularly important powers, greater than those of the House of Representatives. Notably, these include the power to ratify international treaties, but more useful is the power to approve or reject senior appointments such as members of the cabinet, ambassadors, and supreme court judges. Because these involve discussions of personalities, members of the Senate can acquire a high profile as a result.

Thirdly, there is the fact that the Senate is small. There are only 100 senators, which means that each of them can play a significantly more important role in American political life than if there were 646 in total.

Only the fourth of these factors is related to the fact that the US is a federal system composed of states rather than being a unitary political system. Prospective senators arise to prominence through the political systems of their home states: Barack Obama was a state senator in Illinois before being elected to the Senate in Washington DC in 2004. The lesson is that vibrant sub-national democracy is an important component in establishing vibrant national democracy, too.

In one respect, though, even the American system is not what it might be. As originally conceived, members of the House were elected by the people while members of the Senate were elected by the states. The 17th amendment to the US constitution in 1913 changed this, introducing direct popular election for the senators, too. As result, members of both houses in Congress have effectively the same mandate and the states of the United States have lost their direct representation in the US federal government.

Given that Timothy Garton Ash’s sixth point in his list is “Stronger democratic local government”, there is something that can be done here. British members of the upper house could be elected by members of local councils and regional assemblies (where they exist). They could play a role as a revising chamber for legislation, but not be required to provide a majority to support the government. There could be few of them.

Members of such an upper house would owe their place in political life not to the patronage of a centralised political party but to the support of people with political interests throughout the country. They would have a specific interest in preventing local government being further denuded of powers and might even serve as a motor for new decentralisation.

We don’t have US-style states, although it would be good if we did, but we can still have a reformed and more effective upper house.