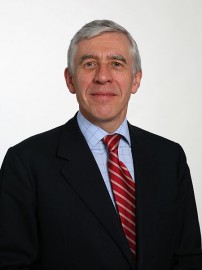 Economics and immigration are not the only battlegrounds in the debate about Britain and the EU.  The rulings from the European Court of Human Rights that prisoners should not be automatically and absolutely deprived of the right to vote is another one.  The ECtHR is formally separate from the European Union, as most headline writers in newspapers do not realise, but it is institutionally difficult to imagine that the UK could reject the ECtHR but stay in the EU and it is politically even more difficult to imagine.

The origin of the issue is a case brought by John Hirst in 2001, upon which a final ruling was delivered by the ECtHR in 2005.  The court ruled that the blanket prohibition on prisoners voting in the UK was a violation of the European Convention on Human Rights, at which point the government set about doing as little as possible about it.  Prisoners are not popular in this country and granting them new rights would not be welcomed in the press.  Better to leave the issue alone and hope it goes away.

Jack Straw wrote in his memoirs:

In my last ministerial post as Justice Secretary I’d made many decisions about many things; but I’d also spent three years ensuring that the government took no decision in response to a judgment by the European Court of Human Rights that the UK’s ban on convicted prisoners being able to vote was unlawful. I’d kicked the issue into touch, first with one inconclusive public consultation, then with a second.

But of course the issue hasn’t gone away.  The House of Commons debated the subject in February 2011 and very few people were left happy.  A vote of MPs at the time overwhelmingly supported the current position in which no-one in prison can vote except for those on remand, in contempt or in default.  Furthermore, this was expressed to be an issue “for democratically-elected lawmakers” (i.e. and not judges).

Since then, a joint committee of peers and MPs has now recommended that a bill be introduced in the next parliamentary session to limit the ban to prisoners serving sentences of more than 12 months.  This is intended to meet the UK’s obligations under international law.

David Cameron has declared that “it makes me physically ill to contemplate giving the vote to prisoners”.  I think that might be a bit strong.

To be sent to prison is to forfeit certain rights, freedom of assembly for example.  While most citizens might have the right to take part in a public demonstration in Trafalgar Square, we not expect prisoners to enjoy that right.

But equally, prisoners do not forfeit every imaginable right.  They do not lose the right not to be tortured.

So, is the right to vote more like the right of freedom of assembly or more like the right not to be tortured.  That is what we are talking about, and I do not think that placing such a right on a spectrum of rights needs to lead to physical illness.  The report of the Joint Committee on the Draft Voting Eligibility (Prisoners) Bill stirs no such response in me.

The bigger political problem is that, having talked up the difficulties of dealing with this issue, it will now look even more controversial when the issue is actually dealt with.  Not only will it be a question of giving prisoners votes (Boo! Hiss!), it will be a question of Europe forcing Britain to give prisoners votes. (Double boo!  Double hiss!)

As background to a referendum on British membership of the European Union, this does not look good.

Note, too, that David Cameron, when he finally gets off his sickbed, envisages leading the Yes campaign in a future referendum on EU membership.  Is he deliberately trying to make things difficult for himself?