What has the Commission got against menthol cigarettes?

Home/Blog/What has the Commission got against menthol cigarettes?

What has the Commission got against menthol cigarettes? 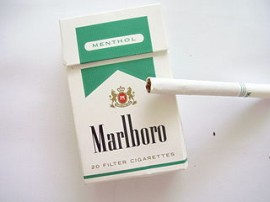 The No Thank EU campaign against the new Tobacco Products Directive asks a pertinent question:

The EU proposes to ban all menthol and slim cigarettes (the latter less than 7.5 mm in diameter). Adult consumers will no longer be able to legally purchase products they may have used for years. To date not a single member state has banned slim cigarettes or menthol or has even considered it. So why is Brussels seeking to enforce such a draconian law?

This website has discussed previously the way in which the UK minister for public health was able to dodge the relevant House of Commons committee considering this issue, but it is a separate matter as to why the legislation was put forward in the first place.

It is an acknowledged phenomenon that regulatory authorities risk coming to see the world through the eyes of the industries they regulate rather than defending the interests of the consumer.  Regulatory capture is the polite word for it; the Stockholm syndrome is another way to describe it. This is one of the reasons why financial services regulation failed to regulate financial services: the people involved were making the same false assumptions about risk and how to mitigate it.

In the case of public health, the regulators want tougher restrictions on products.  Who would aspire to a career in public health who didn’t think there was something important and necessary to be done?  And anyone who ended up there by accident would quickly absorb the culture.  It is not wrong that the regulators propose tougher restrictions on products – that is what their job is, and someone has to do it – but it should not be up to regulators to decide.  These are political decisions to be taken by politicians, balancing out the public health concerns expressed by the regulators against the consumer interest and the economic health of the industries concerned.

The interesting question is how come a proposed ban on menthol cigarettes came from Brussels and not from the member states.

The No Thank EU campaign attributes it to

yet another example of unelected bureaucrats in Brussels imposing their extreme regulatory agenda on UK consumers.

This resort to inflammatory and false eurosceptic rhetoric (directives are agreed by the Council of Ministers and the European Parliament, not by the Commission) tends to discredit the rest of the case that they make.  It is also probably wrong in its analysis.

Much more likely than the Commission pushing a policy on unwilling member states is the concerted action by public health regulators throughout Europe to achieve together an objective that they might, individually, fail to achieve within their own member states.  This website has reported on this phenomenon before in the case of road traffic safety, another example of a field where technical experts might get frustrated by the unwillingness of politicians to do everything they ask.

One of the defences we citizens need against all this is transparency.  We can’t stop technical experts trying to tell us what to do – indeed, as I mentioned above, we positively want them to try – but we need to know when and on what grounds their advice is based on.  Conflicts of interest need to be acknowledged, and the sources of information need to be clear.  Above all, the decisions that people in government take need to be clear and traceable.

This website has insisted before that the Council of Ministers, in particular, needs to be more open and transparent in what it does.  A proposal here sets out how it could do so.