Parliament’s influence on EU legislation goes up in smoke

Parliament’s influence on EU legislation goes up in smoke 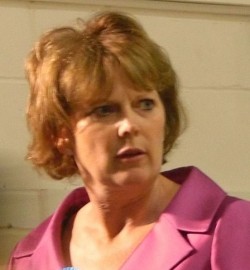 No sooner does this website publish a criticism of the way that national governments behave in the Council of Ministers (read it here) than a cast-iron example emerges of exactly what we are talking about.  The Department of Health’s failure to discuss the Tobacco Products Directive (TPD) with the relevant House of Commons committee is perfect proof.

To recap, the complaint is that the process of discussing legislation within the Council, among the officials representing the national governments, is not transparent enough.  The final vote is recorded but not necessarily the intermediate stages by which we get there.

In the case of the TPD, it appears that the DH failed for a period of six months to keep the European Scrutiny Committee properly informed.  The minister, Anna Soubry, has gone ahead and cast a vote without consulting her national parliament.  Plainly, she can never complain again that national parliaments are not influential enough in the EU decision-making process, nor can anyone else who condones her actions.

This website has no opinion on the content of the TPD, but argues that it should not be up to the national governments to keep their respective parliaments informed.  Information about the content and progress of any legislation in the Council should be publicly available so that anyone, national parliamentarian, business interest or concerned citizen, can find out what is going on.

Under such a system, the European Scrutiny Committee would not have to wait to be informed by the DH but could summon the minister at its own convenience whenever it is concerned.  National parliaments cannot become properly influential within the EU as long as the Council of Ministers itself is unreformed.