Who can create jobs?

Who can create jobs? 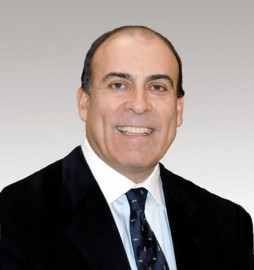 Muhtar Kent, chairman and CEO of the Coca-Cola company

An interesting article by Coca-Cola chief executive Muhtar Kent and business academic Ram Charan, “Give the states the power to build jobs”, carried by the Reuters website argues that, in America, the emphasis on job creation should come from the states and not the federal government.  The creation of state competitiveness councils could enable each state “to make the most of its unique competitive advantages”, to the benefit of SMEs as well as global corporations.

The same argument has previously been advanced in Europe by the Assembly of European Regions (read comments on the issue here).  Centralised European states are at an economic development disadvantage compared with federal ones, because the right decisions for an economy require more detailed local knowledge than a national administration in a large country can normally possess.

Interesting even more are the comments below the Reuters article, notably the second one that argues that even states in the United States are too centralised.  Cities, John2244 suggests, are more representative of American voters and better placed to deliver economic benefits.  The federalist view is that powers should be exercised at the lowest level where they can be exercised effectively, and in many cases this may well be lower than you think.