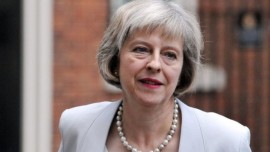 Theresa May, showing herself to be a poor judge

How to decide what is the “best possible deal”?  It can’t be derived from the result of the vote on 23 June, because there was nothing in the referendum question about what should replace EU membership, merely that it should be replaced.  The referendum has not settled that question.

The government might have the job of negotiating the deal, but can the decision about “best possible” be left to them?  That would be rather alien to our traditions as a country, which provide for the government to be accountable to parliament.  So if parliament is to have a role in this decision, how should it exercise that role?  Should it be at the beginning and throughout the process, when it can influence and control what the government is doing, or should it merely when it is too late to make a difference?

If Theresa May does not want parliament involved at the outset – she is appealing against the decision last Thursday that parliament should vote before Article 50 is triggered –she needs to explain what she thinks parliament should be allowed to do.  The silence on this crucial issue is deafening.