A German decision that sets back Europe

A German decision that sets back Europe 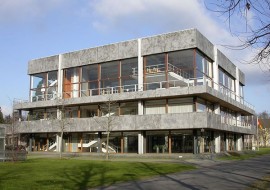 (Health warning: I have not seen the full judgment, only an English-language report of it, so in the event that the report is wrong, this whole blog post might need to be reconsidered.)

Like most EU member states, Germany uses a list system to elect MEPs. The voters vote not for a candidate but for a party, and seats are allocated in proportion to votes. A threshold of 5 per cent is set, below which a party does not receive any seats. Given that Germany has 99 MEPs, this means that no party that gets seats will ever get fewer than 4 or 5 people elected. It also means that only 5 German parties are represented in the EP (or 6 if one treats the CDU and CSU as separate).

The constitutional court has ruled that the threshold rule violates the German constitutional requirement that all votes are given equal weight. Votes for small parties are worth less than votes for large parties, because they don’t elect MEPs in the same way, and therefore the system must be changed. From 2014, there will be no threshold rule, and many more parties can expect to win seats. Had the 2009 elections be conducted on this basis, another seven parties would have secured representation, without taking into account the likelihood that many more small parties might have contested the elections in the first place. German party politics in the EP could be very different in future.

Now, it does not fall to German MEPs alone to elect and support the Commission in office – that is a duty they share with members from the other 26 member states – and maybe that is why the German court has come to such an odd ruling.

It could be argued that the description I have outlined above of the powers of the EP exists more in theory than in practice. The reality is that of a consensual parliament where everybody agrees about everything and that places in the government are allocated according to the underlying vote share or representation of the party rather than on any kind of ideological basis. Switzerland and Northern Ireland award cabinet seats in this manner.

There are two arguments against this assumption.  First, the EP really does work in the parliamentary manner.  It was a parliamentary revolt that brought down the Santer commission in 1999, proving that the support of MEPs can be given and withheld and that it matters. The election of Mr Barroso saw the EP divide on party lines: the centre and the right supported him, while the left voted against.

Secondly, even if this system is still only a fledgling, its development depends on the creation of coherent political parties at the European level. Politicians fighting the European elections in different countries need to think of themselves more and more as fighting the same elections. In the EP itself, party differences need to become relatively stronger and national differences need to become relatively weaker in determining how MEPs will vote. The German court ruling, if it fragments the European party system and increases the role of national rather than European issues in the eyes of the voters, will retard rather than encourage this development.

This ruling is yet another example of the problems caused when the rules for an election at a higher level of government vary from one territory to another according to the rules of the lower levels. This blog has previously highlighted this problem in the United States; now we can place Germany alongside Iowa and Nevada in our list of shame.