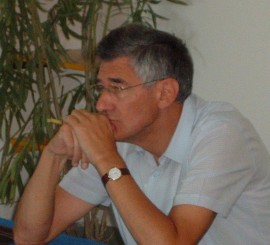 An important paper by Guido Montani, presented to the Third Annual European Seminar on the Future of the European Union in Ventotene, 28-29 August 2010.

The purpose of this paper is to overcome the theoretical gap which exists between the theorists of cosmopolitan democracy and the federalist movements. This gap is an obstacle to a common action. Of course, the federalists, the European federalists and the world federalists, are in favour of a world federation. But the theorists of cosmopolitan democracy consider the world federal state as something similar to an empire, a centralized bureaucratic or non-democratic body (Archibugi, 2008: Ch. 4). The problem of the nature of the world state has deep roots in the history of modern political thought. We notice that Kant’s political thought is a landmark both for federalists and confederalists, i.e. people maintaining that a Society of Nations is better than a world federation, which is nothing but a “universal monarchy”, a despotic centralized power. For instance, Jürgen Habermas is in favour of a European federation and supports Kant’s project of a cosmopolitan union of states, but he maintains that a cosmopolitan union should be founded on a world constitution but not on a world state (Habermas, 2004).

Read more at COS DEMO & FED_Rev2