Devolution for the English

Home/Blog, UK/Devolution for the English

Devolution for the English 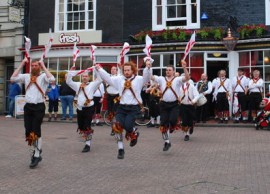 Devolution has brought great changes to Scotland, Wales and Northern Ireland, but what about England?  What do the English get out of it?

An article by Sue Cameron in the Daily Telegraph last week proposed the idea of an English administration and first minister being accountable to English MPs in the House of Commons, separate from the UK-wide government answerable to the Commons containing Scottish, Welsh and Northern Irish MPs, too.  She wonders what would happen if the two governments, UK and English, were composed of different parties.

The bigger question lies, though, in what happens when the two governments are from the same party.  That is to say, when the UK government has a majority in the House of Commons based on MPs from England only.  This was the case in 1983 and 1987, for example.  At that point, while UK-wide policy remains in the UK-wide House of Commons, the politics – which everyone knows is more important – will take place in the English-only House.

MPs from the other parts of the UK will not only be consistently outvoted in the House of Commons but they will also find themselves largely excluded from the wider debate and the personal relationships on which politics depends because that will involve only the English.  Increasingly, they will wonder why they bother turning up.

To allow the English members of the House of Commons to form a parliament for England might solve the English problem but at the price of exacerbating the Scottish problem.  A truly federal arrangement, under which every MP has equal status in the House of Commons, would work much better.  It means breaking with tradition, but tradition is going to get broken one way or another, whatever happens.