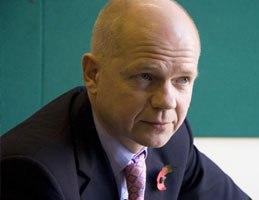 The Federal Union committee discussed the European Union bill that is currently before the House of Commons (to be debated on Tuesday 11 January) and specifically the proposal that any future pooling of sovereignty in the EU should be approved by a referendum.

The bill is opposed both by a number of Conservative backbenchers and by the Labour party, but for different reasons.  The Tory opposition comes from people who want a looser relationship between Britain and the EU, if not actual secession, and are disappointed that this bill will not give them what they want.  The provisions on sovereignty in the bill do not give the House of Commons the right to overrule European legislation – to do so would be tantamount to leaving the EU – and they claim that the provision for a referendum is not watertight.

Labour opposes the bill on the grounds that it is nothing more than an attempt at internal party management, to assuage those backbench eurosceptics, and a poorly worded one at that.

Will the bill pass?  It is not clear.  There may well be enough Tory rebels to side with the opposition to defeat the government (and some Liberal Democrats may abstain).  But what happens if the government is defeated?  They cannot expect to gain any opposition support by making pro-European concessions, which implies that they will have to make anti-European concessions to placate their backbenchers.  These concessions would make a bad bill even worse, so one is in the strange position of agreeing more with Labour rather than the Conservatives, but nevertheless hoping that the Conservatives win the vote.  (David Cameron, campaigning for his Conservative candidate in the Oldham East and Saddleworth by-election while hoping that the Liberal Democrats win the seat, must know the feeling.)

Central to the committee’s concerns about the EU bill is its lack of any political or intellectual coherence.  It proposes that a referendum should be held to approve any further pooling of sovereignty, even in quite minor cases, but not that there should be a referendum on the accession of Turkey to the EU.  The latter would be much more of a change, and an irreversible change at that, to the nature of the EU than many of the institutional changes that would provoke a referendum, yet the bill does not propose that the people should be consulted.

Furthermore, the bill is founded on the belief that ratification in a referendum is necessarily more legitimate than approval by parliament.  This idea was strongly rejected by some members of the committee.  Even those committee members with some sympathy for this argument were concerned that a referendum could be undermined by an unfair press that manipulated public opinion.

In addition, the notion that referendum decisions are superior to parliamentary votes might also result in policies that are incompatible with each other.  A government founded on a parliamentary majority must present a coherent programme, but its ability to do so could be inhibited by referendum results that it cannot overturn.  A contorted and distorted set of policies would result.  The budgetary problems of California were cited by way of example, where certain spending programmes were created and are protected by referendum results, forcing the state legislature to concentrate all the spending cuts in only a few areas.

The possibility that a referendum might generate a very low turnout must also be considered.  Would it be possible to claim a mandate for a substantial change in policy if only a third of the voters had taken part?

At its heart, the EU bill is not motivated by concerns about referendum or sovereignty, but is intended to loosen the ties between Britain and the European Union.  It will become harder for Britain to take part in any future steps of European integration, which means either that European integration grinds to a halt or that it continues but without the United Kingdom.  Neither of those outcomes can be considered desirable, but they may very well be the course on which the government is set.