The Daily Telegraph should make its mind up

Home/Blog, UK/The Daily Telegraph should make its mind up

The Daily Telegraph should make its mind up 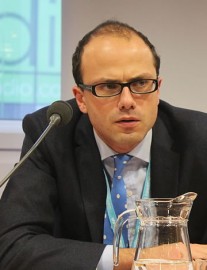 There is a marvellous article by Allister Heath in the Daily Telegraph today, outlining an alternative to Scottish independence.  For Scotland to vote to leave the United Kingdom would cause a great deal of uncertainty for business and be very bad for the economy and for British influence in the world.

But sticking with the current position would not be workable either: the British constitution is very unbalanced with Scotland having a devolved parliament but England having nothing.

Better to have a federal UK based on the four home nations, each with its own parliament responsible for

complete control of health care, education, welfare, pensions, labour market rules, parts of transport and energy and as many other areas as possible.

Of particular concern to Allister Heath is the need to instil fiscal discipline in the devolved governments.  They should raise and spend all their own money rather than relying on handouts from the UK; they should be free to borrow money but those debts would not be guaranteed by the UK; they would thus have incentives to engage in tax competition with each other.

There are two doubts about this proposal.

The first is whether the UK could survive as a federation as long as one member state, England, is four times the size of the other three put together.  The experience of federations elsewhere in the world (for example, south east Asia or the Caribbean) suggests that the member states need to be more similar in size than that.  This website has written about English regional government in the past for precisely this reason, but that would be fraught with its own problems of public identification and legitimacy.  The failure of the regional referendum in the north east of England in 2004 still haunts us.

The second is that, as the Daily Telegraph itself told us only last week, federalism, in the sense of constitutional protection for lower levels of government, does not exist.  Reporting on a speech by European commission vice-president Viviane Reding, we were told that a United States of Europe would be a

superstate relegating national governments and parliaments to a minor political role equivalent to that played by local councils in Britain.

the commission would have supremacy over governments and MEPs in the European Parliament would supersede the sovereignty of MPs in the House of Commons.

Is this what Allister Heath wants for the UK?  Under such a scenario, Scotland would have less power than it does now, if Whitehall were to regain “supremacy” over Edinburgh and if the House of Commons were to “supersede” the Scottish parliament.  Right now, the three devolved governments have a much greater role than that of local councils: are they to be reduced in status?

The Daily Telegraph appears to be very confused about federalism and what it means.  Perhaps its editorial staff could read here and here and here.