The legitimacy of Lisbon

The legitimacy of Lisbon 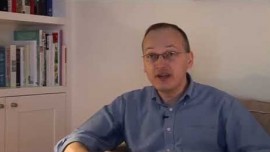 In a debate at University College London yesterday, the argument came forth from the anti-European speakers that the Lisbon treaty was illegitimate in a way that was not true of previous European treaties. It is hard to work out exactly what they mean – they were quite confused in their reasoning – but I think the argument rests on the supposed facts (1) that the Lisbon treaty is more far-reaching than previous treaties and (2) that the promised referendum on the treaty was not in fact held.

Of those two supposed facts, neither is true.

The farthest-reaching features of the European treaties are (1) the supremacy of EU law over domestic law and (2) the introduction of Qualified Majority Voting. The first of those derives from the Treaty of Rome and the second from the Single European Act. Lisbon is less significant than either of these.

The argument about the promised referendum is slightly stronger. It is indeed true that a referendum was promised by all three parties on the previous constitutional treaty, and the explanation that the Lisbon treaty is different from the constitutional treaty, while factually correct, is a resort to the small print rather than a bold statement of principle. However, it remains the case that the Lisbon treaty passed into law because parliament voted for it. It is as legitimate as any other act of parliament; it is as legitimate as parliament itself.

(British anti-Europeans might point to the British election results in June which showed a much more eurosceptic outcome than in the rest of the EU, and a future Conservative government would be the most eurosceptic of the 27 should David Cameron become prime minister next year. But the British picture is different from that of the rest of Europe.)

What interested me most in the debate was the reaction of the anti-European speakers to these facts. There was sheer disbelief that I might even think them relevant. But I do, because they are.

Opponents of the EU have got it into their heads that the EU is a conspiracy by the elites against the voters. Manoeuvres such as the on-again off-again referendum are proof of this, they say. The EU has the effect of being anti-democratic and is intended to be so. Why, then, would a pro-European speaker try to justify the legitimacy of the Lisbon treaty? Should they not revel in the fact that it is not? Quotes by Giscard D’Estaing are trotted out to support this view.

But readers of this blog will know, and perhaps share, its conviction that the EU is in fact advancing democracy and not undermining it. Giscard D’Estaing is not the sole representative of the pro-European idea.

There are some opponents of the European Union who concede that supranational democracy is a nice idea but in practice cannot work in Europe. Last night was different, with the argument that supranational democracy was not even being tried. It is one thing to impose upon your opponents’ arguments your own interpretation of their conclusions, but it is quite another to impose upon them your own interpretation of their motives.