What Liberal Democrats can fight for in the coalition government

What Liberal Democrats can fight for in the coalition government 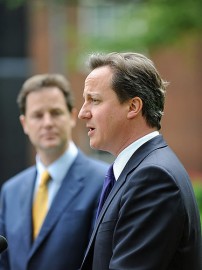 Entry into the coalition government after the general election in May presents the Liberal Democrats with a difficult dilemma.  On the one hand, they share and exercise political power, with five seats in the cabinet – which by most reckoning is the point of being a political party – but on the other, as junior partners in the coalition, they risk losing their distinctive identity.  Successful government will reflect well on the Conservatives, failure in government will increase support for the Labour opposition.

The Liberal Democrats should therefore develop their own policy agenda within the government.  They need to champion policies that are distinctively liberal and democratic, but which are also plausibly acceptable to the Conservatives (or else the government as a whole will not be able to adopt them), and that will deliver some kind of difference before the next election (or else there is no point).  Improved social mobility, about which Lib Dem leader and deputy prime minster Nick Clegg has been talking lately, might meet the first two of those considerations but will not be visible within five years.

Federal Union has some other policies to suggest.  These suggestions will have to be carefully measured against the reality that many members of the government – William Hague is foreign secretary, after all, with eurosceptics in the Cabinet such as Liam Fox and Iain Duncan Smith, and neo-cons like Michael Gove and George Osborne – are not likely to be very sympathetic to federalism.  However, it is fair to say that the Conservatives have, in a number of respects, so far turned out to be a bit more pragmatic and a bit less ideological on Europe than perhaps had been feared.  This may not last, of course, but let’s enjoy it while we can.

We must recognise that some of the biggest issues have already been settled in the coalition agreement, not necessarily to our advantage.  Membership of the euro has been ruled out for this parliament, as has preparing for membership.  The unit in Treasury devoted to making preparations has been closed down.  Chief secretary to the Treasury Danny Alexander must find it rather rueful that, from a career that started off advocating membership of the single currency, he is now steering a policy that is the complete opposite.  That is not to criticise him, it is merely recognition of the realities of coalition government in a country where the argument over the euro has up until now been thoroughly unsuccessful.

A major plank in the Liberal Democrats’ argument for Europe in the general election campaign was its importance in fighting crime.  They should not let up on this now.  It is repugnant that national borders within the EU might enable wanted suspects to avoid arrest, particularly when making easier to cross national borders has been a specific objective and achievement of European integration in the first place.  It is necessary to match free movement with greater cooperation between the different law enforcement agencies in Europe, and guarantees for the treatment of criminal suspects who have been arrested.

The European Commission will be bringing forward a series of proposals to deal with these issues, including access to legal representation and translation in court in a language one speaks.  They will lead to modest changes to the domestic court system, but ensure fairer trials across Europe.  The cases of Michael Shields, convicted of attempted murder in Bulgaria, and Gary Mann, convicted of rioting in Portugal, arise precisely because such measures are not in place at the moment.  Under the Lisbon treaty, the UK has the right to opt in or opt out of each of these proposals.  The Liberal Democrats should insist that the UK opts in.

Incidentally, the notion that agreements at European level should have a direct bearing on the rights of the citizen is the essence of federalism.  Whoever said that the Maastricht treaty in 1992 marked the high water mark of federalism was simply wrong.

A further provision of the Lisbon treaty will oblige the UK to decide no later than 2013 whether to withdraw from or commit to existing EU cooperation on justice and policing matters, including Europol, once they become subject to the jurisdiction of the European Court of Justice.  The implication of the policy in the Conservatives manifesto, although they did not say so explicitly, was that the UK would withdraw; the Liberal Democrats were explicit that the UK should stay.  This is something the Liberal Democrats should fight for.

The sovereignty bill, to which David Cameron committed himself when he dropped his Lisbon treaty referendum pledge in November 2009, survives in the coalition agreement as the subject of further investigation.  If the intention of this bill is to give parliament the right to overrule individual items of European legislation, which appears to be the ambition of Bill Cash, the progenitor of the idea, then it must be resisted firmly.  The right of any member state to pick and choose which European laws will apply in its own country undermines the whole notion of the rule of law altogether, and will dismantle the single market.  We should not claim for ourselves a right that we would not extend to others, and this interpretation of the sovereignty bill must be rejected.

On the other hand, the sovereignty bill could be interpreted as a restatement of the fact that European treaties only take effect when approved in parliament.  This is in effect a restatement of existing practice which Liberal Democrats could happily support, and in fact could take further.  There are many international treaties that apply to Britain which do not go anywhere near parliament; signature by the government is enough, under the Royal Prerogative.  This interpretation of the sovereignty bill could be used as an opportunity to diminish the role of the Royal Prerogative and strengthen the rights of parliament over the executive.

Other aspects of the British constitution that are open to debate within the terms of the coalition agreement include the West Lothian question and the future of the House of Lords.  On the former, the Conservative manifesto proposal of English votes for English laws should be resisted as it would lead eventually to the break-up of the Union altogether.  A better approach to preserving the union of England and Scotland requires rethinking the way that England is governed, devolving more power to a sub-national level, whether regions or some other territorial division.  On the latter, some imagination is needed to ensure that the second chamber can represent the geographic diversity and the different levels of government within the United Kingdom, and not merely become an elected shadow of the House of Commons.

The Liberal Democrats should play to their strength of assuming that not all political power and wisdom resides in Westminster.  They may find that the Conservatives are willing to join them in this assumption.

But they should not be complacent.  Despite the apparent health of the coalition so far, the Conservatives and Liberal Democrats remain separate and competing political parties.  On every issue where there is the possibility of progress, there is also the possibility of the opposite.  For example, the choice of Bill Cash as chair of the House of Commons European Scrutiny Committee (this committee had to have a Tory MP as chair) shows that the eurosceptics are not going to give up without a fight.  The outstanding question is whether anyone else is willing to give them one.  Let us hope so.