Who started the first world war?

Who started the first world war? 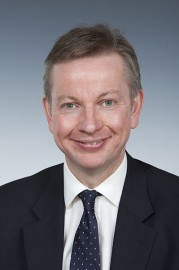 Michael Gove: who started it? (picture Department for Education)

This year sees the centenary of the start of the first world war.  There will be commemoration of this sad anniversary throughout the country during the year, but there will also be much debate about the causes and consequences of the war, too.  While Federal Union was founded in 1938 specifically out of fear of the coming second world war, it was the experience of the first that motivated many of its early members.  If war could be so destructive and so expensive, surely there must be better ways to manage relations between states.

And it is that perspective that is missing from the debate so far about the origins of the war.  Education secretary Michael Gove launched the latest round in this discussion last Friday, with a piece in the Daily Mail arguing that the British war was a “just war”:

The ruthless social Darwinism of the German elites, the pitiless approach they took to occupation, their aggressively expansionist war aims and their scorn for the international order all made resistance more than justified.

He also took a few gratuitous shots at Professor Richard Evans of Cambridge University (the two had crossed swords last summer over proposed changes to the history curriculum), who responded in the Guardian here.

Others, including Boris Johnson (read it here) and Labour shadow education secretary Tristram Hunt (himself a professional historian) joined in the argument.  The issue they all seem to be interested in is whether Germany was responsible for the start of the war, whether the British cause was somehow better than that of Germany.

This website has long been of the view that arguing over the rights and wrongs of history is less important than ensuring that those wrongs are not repeated.  Whether Gavrilo Princip or the Schlieffen plan should bear more of the blame is not as interesting as how come it was even possible to fight such a war.  The answer to the question of who started the war is that they all did.

It is painfully obvious to us now that European history would have worked out better if that war had never started – it led directly to the Russian revolution, for example, and the rise of the Nazis, and the destabilisation of the Middle East – and all the good things that it brought – the return of Polish and Irish self-government, for example, or the extension of the electoral franchise in the UK to women – could have been delivered by other means at much lower cost.  The collective benefits of not fighting that war would have been much greater than the individual benefits that might have arisen from winning it, but the international system possessed no means of identifying and pursuing those collective benefits.

The most important lesson to be drawn from 1914 is not the heroism of the British tommy, nor the incompetence or otherwise of General Douglas Haig, but the fact that, left to their own devices, national governments pursuing what they each think to be their own national interest will in fact achieve the opposite.  The veneration of the national interest is a problem, not a solution.