After the German elections

After the German elections 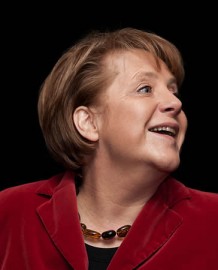 The Federal Union committee discussed the prospects for reform of the eurozone institutions and policies now that the German elections have taken place.  Much useful discussion was suspended pending the voting: that has now happened and Mrs Merkel will continue as chancellor.

With whom, is a different question.  Her previous coalition partners, the FDP, failed to clear the 5 per cent threshold and so have no seats in parliament.  The CDU/CSU failed narrowly to get a majority in the Bundestag itself, meaning that a new coalition partner must be found.  The two alternatives are the SPD (most likely) and the Greens (much less likely but not completely impossible.)  Negotiations are ongoing.

What can be said, even before coaliation negoiatinos are concluded, is that the previous policy of the German government will continue.  There will be slow, incremental, grudging change.  However desirable the proposal for a convention to write a new treaty in 2015, it does not seem consistent with present or likely German policy on the subject.

Many other national governments agree with this position: there is a determination to squeeze as much juice as possible out of the existing treaties, given the difficulty of amending and ratifying amendments to them.  This is of particular concern to the current British government, which probably has more riding on a future treaty change than any of the others.

David Cameron’s plan to renegotiate British membership of the EU after the next general election will be much easier to implement if there is a general renegotiation at the same time.  The fact that he cannot guarantee that there will be such a general renegotiation – and he must know this – reveals what a gamble his plan is.  The likely outcome is that the people who this plan is intended to placate, people who are not well-disposed to the EU in the first place, will end up more rather than less enraged.  Still, this outcome will only emerge if the Tories win the next general election and David Cameron is returned as prime minister, in which case Mr Cameron will consider his plan already to have been a success.  The future of Europe, or the future of Britain in Europe, matters less than the identity of the inhabitant at Number 10.